Letters, Life and Love Stories - A Celebration of Caring in Scotland through Music and Words 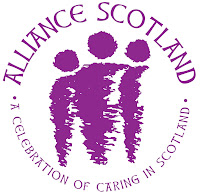 We are really proud to announce the "Letters Life and Love Stories - A Celebration of Caring in Scotland in Music and Words” concert 20 January being held as part of Celtic Connections programme at the  Royal Concert Hall Glasgow.

The Letters, Life and Love Stories Gala Concert taking place during next year’s Celtic Connections will pay tribute to the love and dedication of Scotland’s carers and the part played by the many professionals and volunteers who contribute during the carer journey.
This unique partnership event between the Health and Social Care Alliance Scotland (the ALLIANCE), Regular Music and Celtic Connections will celebrate the letters, lives and love stories of many for the 660,000 carers in Scotland and those who support them.
A key part of the concert is reaching out to inspirational people and asking them to share in music and words their caring journey.   The ALLIANCE will collect these stories and invite many of these inspiring individuals to join us at a pre-concert reception and the Gala Concert.

In advance of the concert, we will reach out, engage with and collect stories of peoples caring journey.  For carers we will collect the story of their journey with their loved one; for health and social care professionals we want to explore the motivation behind their caring role.  We want to collect the story behind your chosen song and its meaning to you.  You can share your story and song at Lifestories@alliance-scotland.org.uk
The reception and concert will celebrate and raise awareness of the dedication and love of individuals, families, communities and professionals in caring for our most vulnerable.
The idea of the concert came from a meeting with Tommy Whitelaw, Project Officer at the ALLIANCE, Mark Mackie from Regular Music

Festival Director Donald Shaw where Tommy shared some of the letters and spoke about ways they could be brought to life by music.

Tommy Whitelaw, who worked for 20 years in the music industry, spent the last five years caring for his mum Joan who had dementia. He started a campaign, ‘Tommy on Tour’ to raise awareness, gathering letters from carers.

I started the campaign to raise awareness, travelling around Scotland’s towns and cities to gather letters from hundreds of carers and take them to the Scottish Parliament.
Among other things, the letters highlight the transformational impact that special health, social care and voluntary staff have had on their journeys, and most importantly the amazing lengths that carers go to through love.

“The concert is a great opportunity for us to celebrate and thank carers for their tireless and all too often unrecognized work.  We are excited by this great partnership opportunity to showcase the letters life and love stories of carers in Scotland.
At the ALLIANCE we aim to provide a stronger voice to carers and ensure they enjoy the right to live well!”

More details will be released over the next months

For more information, please contact:
Tommy Whitelaw or Justine Duncan on 0141 404 0231 or emaillifestories@alliance-scotland.org.uk 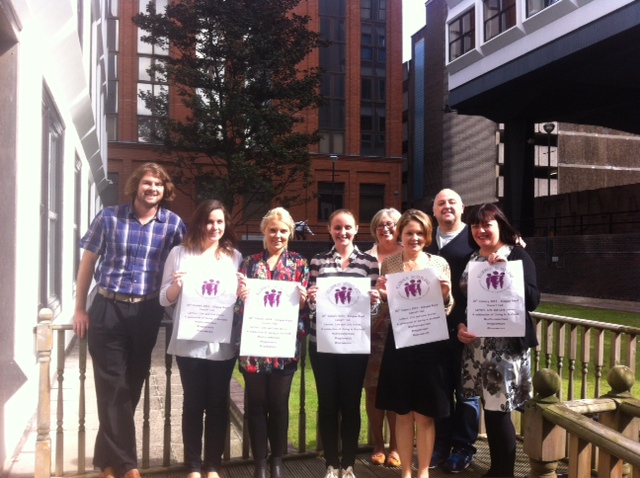 Some statistics about Carers
Carers in Scotland
1. There are 660,000 carers in Scotland – 1 in 8 of the population.
2. Every day almost 500 people take on a caring responsibility – that’s 178,000 people each year.
3. 3 in 5 of us will become carers at some point in our lives.
4. 110,000 people provide over 50 hours of care per week.
5. Over 250,000 people juggle caring with holding down a job.
6. By 2037 the number of carers in Scotland will have increased to around 1 million.
7. Carers save the Scottish economy £10.3 billion annually – the cost of providing NHS services in Scotland.
8. The main carers’ benefit is worth just £58.45 for a minimum of 35 hours.
9. Three quarters of carers are struggling to pay utility bills and more than half are cutting back on food and heating to make ends meet.
10. Three quarters of carers say their health is worse because of their caring responsibilities.
Source: Carers Scotland www.carersuk.org/scotland

Thank you for leaving a comment at the tommyontour blog. Your comment will be moderated and published very soon.